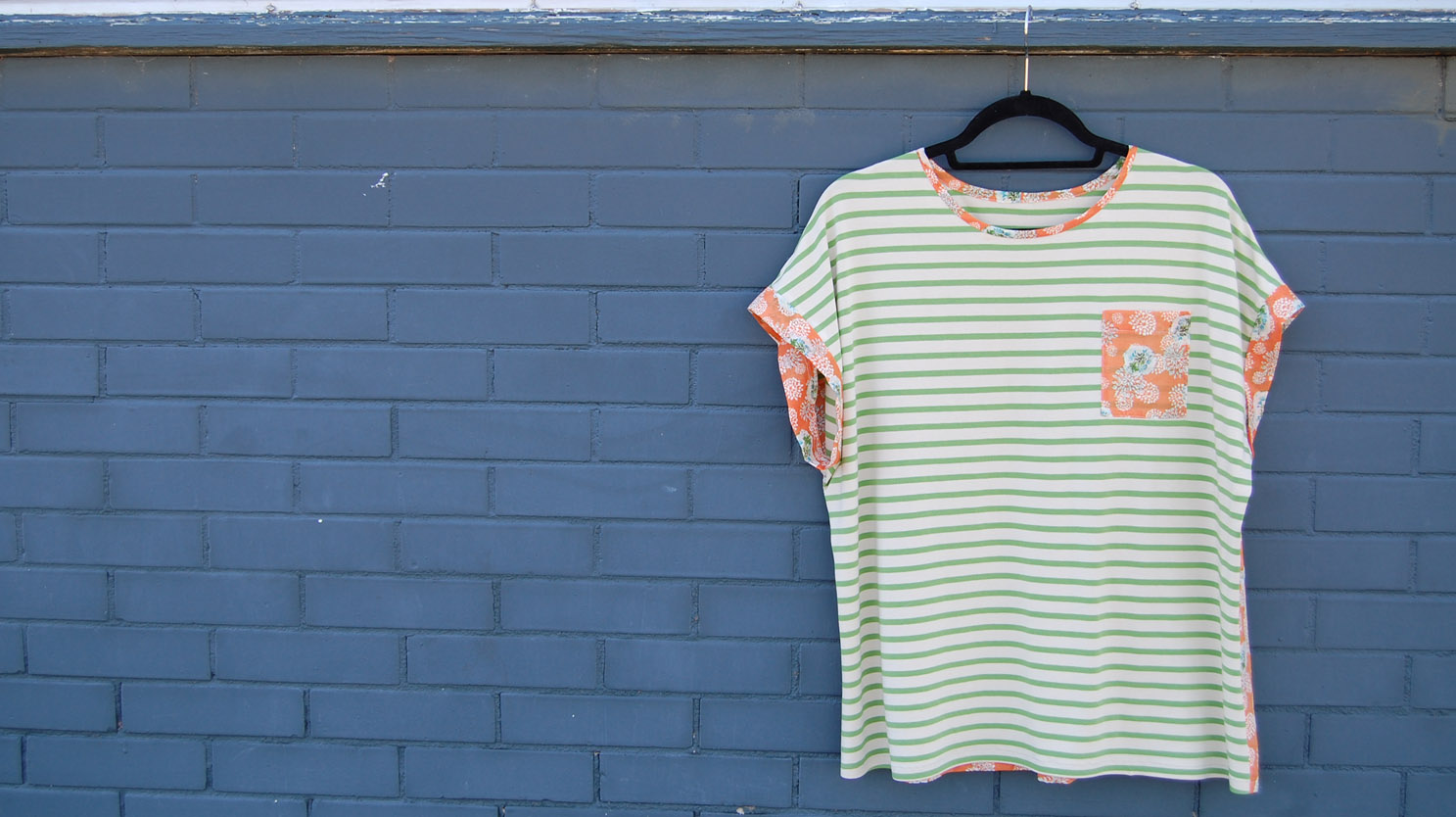 ​I've been seeing a new trend in t-shirts popping up recently. Stores like Anthropologie and Modcloth are updating the classic top by combining different prints and fabrics. This isn't a totally new concept, but it can be tricky to sew a woven and a knit together. Luckily, Linda has us covered. She created a tutorial for this very trend last year - she is so on top of it! Check out some of the ready-made shirts I've seen in stores below, as well as the Eureka tutorial. I'm re-publishing the original post so you can make your own combination top with the Eureka pattern! 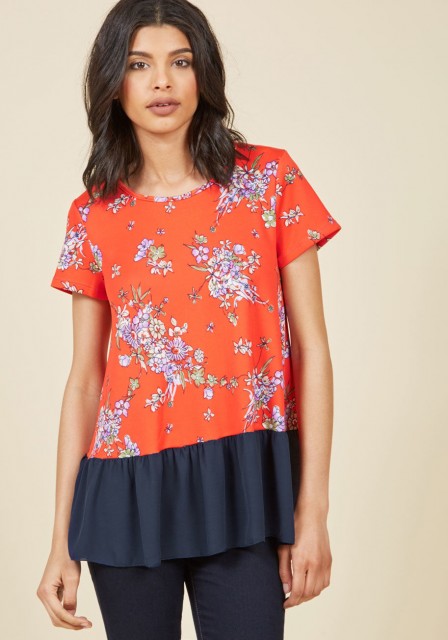 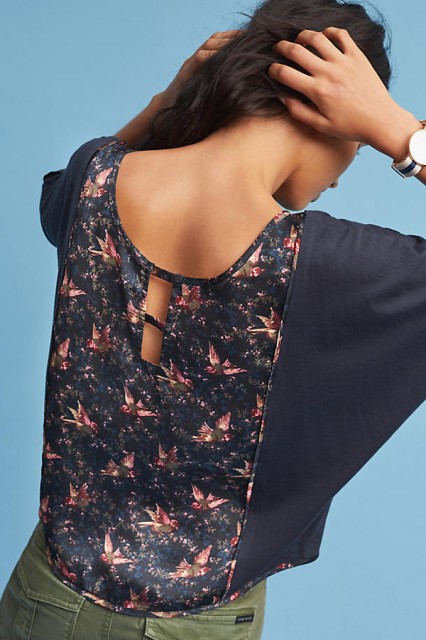 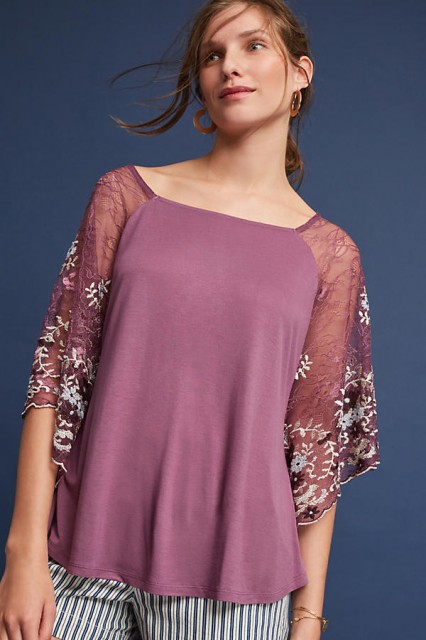 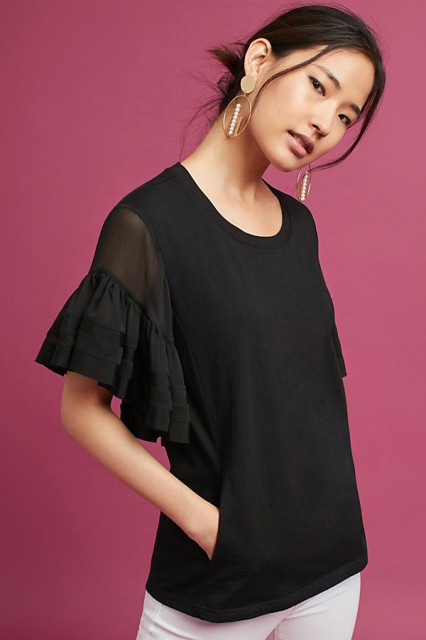 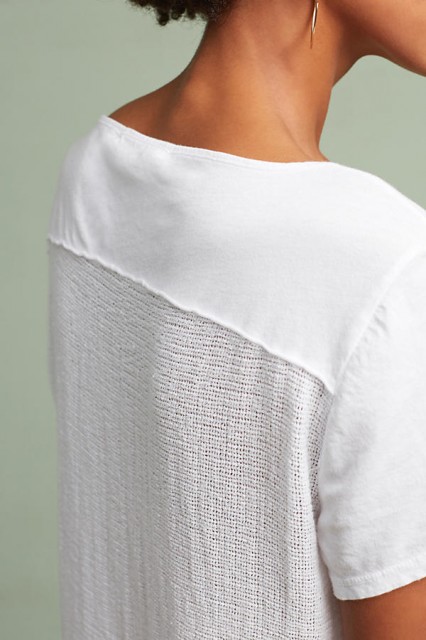 For the last few seasons, I have been noticing ready-to-wear garments made using both woven fabrics and knits. The idea is appealing, but I have often wondered if marrying these two types of fabrics is difficult to sew. So I decided to find out. I chose the Eureka Top as my pattern because it is simple to make with few seams, little fitting to deal with, and fresh and summer looking. I found a green and neutral stripe viscose knit and a country French print cotton voile. 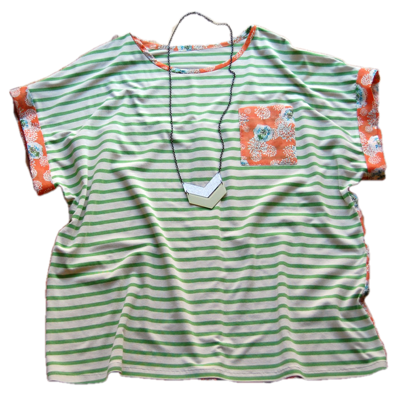 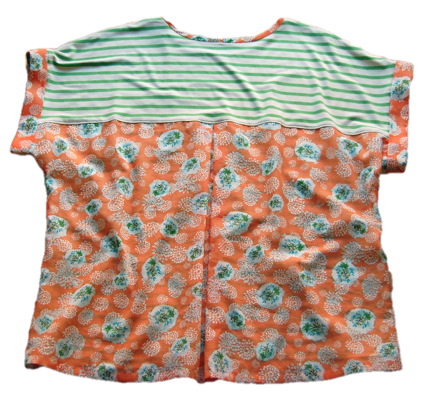 I made a few design changes to the pattern. I began with my usual size, a medium, and lengthened the back and front 1 1/2" along the lengthen and shorten lines on the pattern. I decided to make a back yoke, so I drew a horizontal line perpendicular to the center back 6" down from the back neck. I then traced this upper section and added a seam allowance along the bottom. 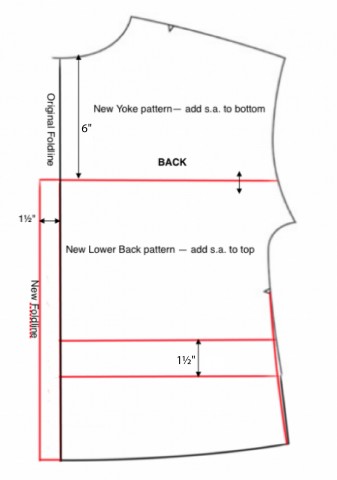 For the lower back section, I decided to add an inverted pleat at the center back. So when tracing the bottom portion, I added a seam allowance along the top and also created a new foldline 1 1/2" from the original foldline.

Using the two fabrics, I cut out the following pieces:

I followed the guide sheet to construct the top, but made a few modifications. First I prepared the inverted pleat on the lower back making a 3/4" pleat on both sides of the center back. Then I attached the lower back to the yoke, pressing the seam up and edgestitching on the knit side. This was the first attempt at sewing a woven to a knit, and I learned that I needed to use a walking foot and sew with the woven fabric on the top so the feed dogs could negotiate the more slippery and stretchy knit on the bottom.

For the pocket, I made a finished 1"-wide hem at the top and pressed ½" seam allowances under on the remaining three sides. The pocket was placed 3" from the center front and 6½" from the finished neck point.

I used the same neck binding pattern piece and cut the woven fabric on the bias. I quarter-marked the binding and the neck opening and sewed the binding single layer with right sides together ³⁄₈" from the raw edge. Then I wrapped the edge with the woven binding, stitched in the ditch and trimmed the excess binding on the wrong side of the neckline. Since it is cut on the bias, it won't ravel. 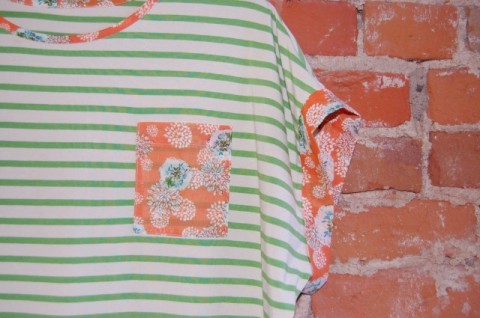 Love the peplum bottom on that top::

I love this tee but wanted to change it. This is great for my left over fabric bits.

0 Cancel Reply
I love this tee but wanted to change it. This is great for my left over fabric bits.
Cancel Update Comment

Can I lengthen the sleeves on the Eureka tee?

0 Cancel Reply
Can I lengthen the sleeves on the Eureka tee?
Cancel Update Comment 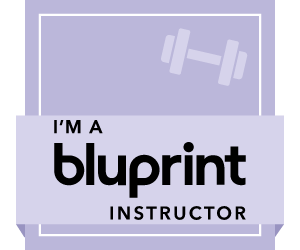 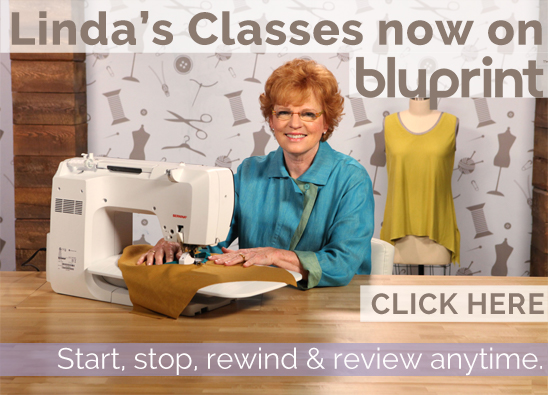 Click here for help with Pattern and Tutorial Downloads.