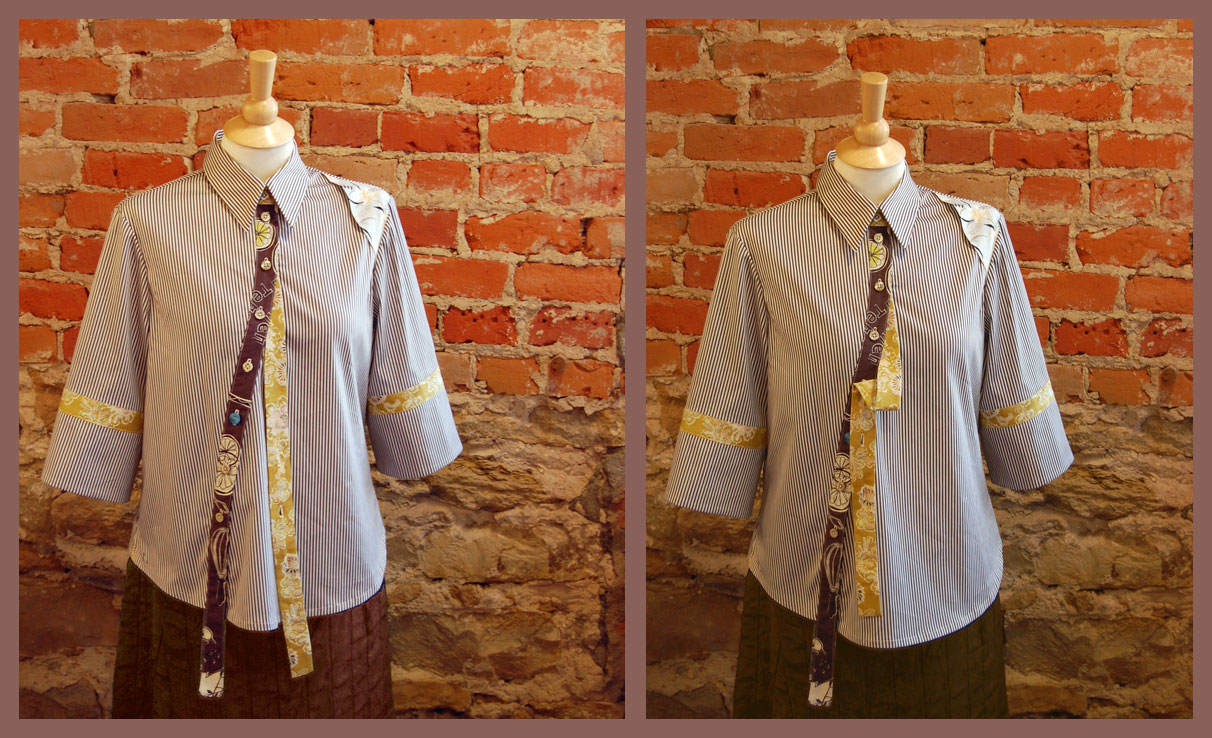 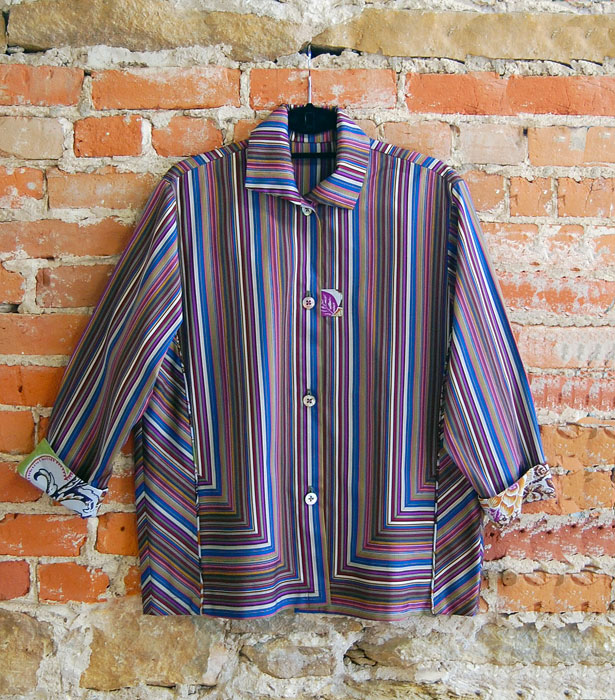 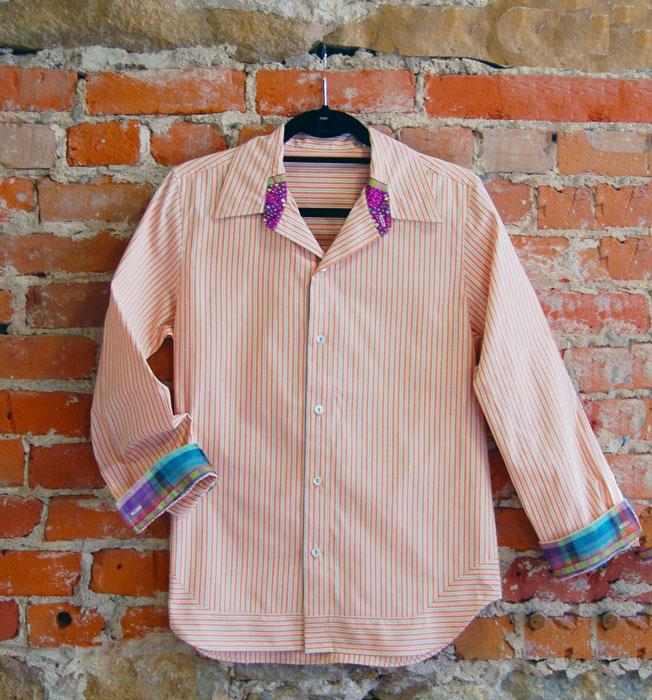 Have you seen the latest Theads magazine?

Whistles Shirt without the "whistles" with added side panels and diagonal inserts.

Get the latest issue, September 2011 here.

ZEN WOOL FELTED JACKET The Now and Zen shirt pattern (Zen Version) from The Sewing Workshop Pattern Collection was the inspiration for the white jacket on the cover of Threads magazine, March 2010, Issue 147. From there, the design morphed into something quite different.

To cut out some of the straight boxy shape of the shirt, I drew and then sliced a curved princess line in the pattern tissue from hem to front armhole and repeated that on the back. I shaved a little more shape into the waist on the tissue. Because of the size of the washed jersey piece, I also made a back seam and shaped that a little at the waist. Then added the necessary seam allowances to the split edges of the pattern tissue.

I rounded off the corners of the neck edge and lower front.

The Zen shirt pattern departs from the traditional right-over-left buttoning and buttons left over right. But I buttoned right over left for this jacket.

The ruffle came out very different than first planned. I set aside about 1/2 yard of wool jersey before washing to use as the thinner layer of the inside ruffle. I thought the selvedge edge of this yardage was a finer finish than most jerseys, so I used the selvage edges for both of the ruffle edges – both washed and unwashed layers. I cut the one strip of unwashed jersey 3 1/2” wide and one strip of washed jersey 3” wide – both on the selvage if possible.